Love it or hate it, Toronto’s transit system is indispensible for a lot of us. This year, the TTC is doing a bunch of renovations to certain stations around the city, some of which are mainly for accessibility and others are getting surface improvements to make ’em look better. Either way, we’re pretty happy about it.

Here’s what to expect:

Dufferin Station is getting one of the biggest upgrades of them all (with the exception of Union Station). Over the next year or two, the TTC will be installing public art in the station, as well as improving the finishes of the walls, ceilings and floors, and allowing natural light inside. It’s also getting new elevators, better signage and two new second exits. Above ground, they’ll beef up the bus bay area and put in new bike parking.

Since Dupont Station is pretty enough as it is, the TTC will be doing heavy accessibility improvements over the next year or so. This includes a new elevator at the southwest corner of Spadina and Dupont, and will have a matching glass dome like those at the north and south entrances.

They almost looked art deco, but the experiment failed – Osgoode Station just looked cheap and outdated, right from the start. Luckily, starting very soon, the gold-vomit coloured station will get a facelift.

Thank goodness they got the bus situation sorted out at Ossington Station just in time for winter, with the new surface platform that was recently completed. Next up for Ossington is some major accessibility upgrades, including a pair of elevators which are expected to be complete in about a year.

Throughout the year, Wellesley will begin getting decked out with some public art and the “exhibit” is expected to open within about a year from now, which means it could be a fair bit longer. That, on top of the second exit that’s been under construction under the new condo building at Dundonald, which should wrap up any day now.

Dingy Woodbine Station is slated for a minor makeover, including new lights, signs and better landscaping in the community garden just outside. All this should be ready… in a year and a half, along with the second exit that’s being added. 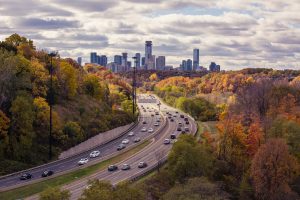 Winter is coming, and I suspect its approach is a bit slower than it was … 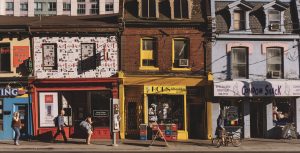 14 Local Blogs That Will Help You Get To Know Toronto

Moving has always been the one of the toughest decisions anyone has to make. It’s …