With the cost of living rising every day and with the fact that the six isn’t nearly as cheap as we wish it was, any way to save a buck is probably a good idea. Not only that, the more money you save gives you options: take that dream vacation you’ve always wanted, or take that monthly vehicle cost and put it into a nicer apartment!

The average TO citizen spends at least $450 a month on their car – $450 a month! If you put that into your rent fund, you’d probably be living in a two-bedroom, instead of a one-bedroom. $450 a month saved up gives you over $5,000 for a year, which could fund a sweet vacation to Europe. Sure, you obviously can’t bike when there’s four feet of snow outside, but think of the potential you have with the savings.

Ever tried to get home at any reasonable time through anywhere near downtown? Of course you have! How much do you hate it? If your answer isn’t “with all my soul,” then you’re pretty much the Dalai Lama. If you’ve ever sat in your car and watched cyclists fly past you while you were stuck in gridlock, you’ll realize being on a bike is better.

Car accidents are on the rise in Toronto and traffic fatalities are the highest they’ve ever been. You shouldn’t ever be dissuaded from something because of things that might happen, but it’s a fair point to keep in mind – it’s simply more dangerous behind a wheel than it is cycling on the side of the road.

You’ll get some exercise

We’ve all made New Year’s resolutions – and we’ve all ignored those resolutions. Most of us are looking to incorporate more exercise into our lives, so why not fold it into transportation? Being able to say you’ve had a bit of a sweat every day is very satisfying and healthy!

How many Starbucks have you been in, bored, trying to make conversation with someone you had the misfortune to meet online? Dates should be dynamic and fun, and taking a bike ride on a sunny day is romantic and a great experience. It also really lets you know the kind of person you’re on a date with – who wouldn’t want to go on a bike trip with someone?

Sure, Downtown Toronto is already jam-packed with skyscrapers, but since building out isn’t an option, … 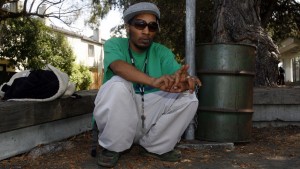 Ever wanted to impress a famous rap star with your rap karaoke skills? Now’s your … 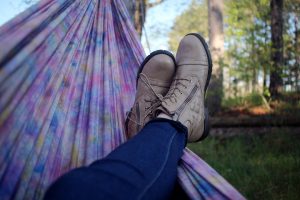 4 tips to finding mindfulness in the chaos of TO

3 really awesome pubs to drink at in TO

Whether you’re looking for a relaxing place to have a quiet drink with friends, or …