The words “British” and “cuisine” don’t often go together like bangers in mash. But in Toronto, it’s possible to find nicely done British cuisine, as well as the dirtiest of pub foods. From fish and chips to meat pies and haggis, here are eight of the better British food joints in Toronto.

The bright red exterior of the Oxley make it a landmark in Yorkville. But those who have been here know it to be more than your standard British pubs. Instead, the Oxley serves up the more traditional British dishes and does them well, such as pheasant, venison, lamb shanks, pies and an English breakfast. The patio and friendly staff don’t hurt either.

The Olde Yorke in Leaside is a favourite with locals, and those who come from all over Toronto for their fish and chips that are perfectly cripsy without being greasy. Fish aside, they also do fried clams, pies and desserts.

Often voted the best Fish and Chips in Toronto, High Street is an awesome spot in Parkwoods for lunch and dinner. They make their own tartar sauce which, with their fresh fish, makes for a pretty fine meal. The pies are rather delicious too.

Love pies? You’re in luck, because you no longer have to travel out to Etobicoke for the best pies in Toronto, since the Pie Commission opened a second location at 887 Dundas. A lunchtime favourite, these guys make some incredible, overstuffed creations between flaky, tender crusts, from butter chicken pies, to braised beef and beef and beer.

Located on Isabella at Yonge, the Artful Dodger is a local hotspot for good food in a casual setting. They make a smoked bacon mac and cheese, burgers, scotch eggs and wraps plus the patio, fireplaces, pool tables and dart boards.

The Austin Powers-looking sofa is reason enough to visit the Quail in Rosedale to take a selfie. Other than that, it’s your typical British pub, with plenty of beers on tap and the typical pub fare of burgers, fish and chips, mac and cheese, and an English fry-up, plus a pool table and TVs playing sports.

Craving some haggis? The Caledonian in Dufferin Grove has you covered. That, plus one of the city’s great whisky menus and a ton of thick, heavy beers make this a staple for Celtic pub aficionados.

The Borough opened in 2014 to bring some British influence to the Danforth.  They do burgers, mac and cheese, a charcuterie board, yorkshire pudding and a pie that changes daily. The beer menu is small, with a few drafts and local bottles.

Awesome Ikea Hack of the Week: The easiest way to chic-up a cheap Ikea desk

Oh Ikea. So practical. Not so pretty. Ikea desks are basically ideal for your apartment …

This weekend marks the start of some HUGE festivals in Toronto, including Taste of Toronto … 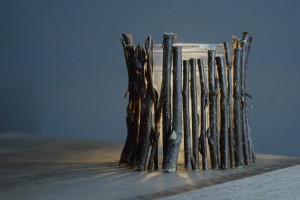 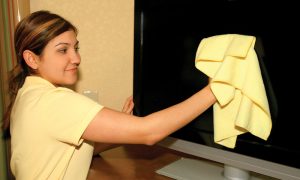 Wanna chill, but gotta clean? Do these super easy tasks