Ah, Boxing Day – the day that hordes of insane shoppers pile into Toronto malls to score incredible deals. And yes, the deals are great. But the atmosphere is nuts. People inevitably scramble and push to get their hands on the last size of the coolest shoe, or they line up for 20-plus minutes to get into a fitting room. It’s exhausting, but at anywhere from 20 to 70% off, it’s worth it – for some.

But not for you. Avoid the madness and take advantage of fewer deal-crazy shoppers and shorter lines with these four places to shop (and avoid the crowds) on Boxing Day in Toronto:

Known for its quality of native Toronto gifts and paraphernalia, the Spacing Store is a fantastic place to get your shop on and avoid the big-name box store crowds at the same time. Whether you’re looking for a wine holder for your bicycle or magnets that say “Left Wing Pinko,” this place has you covered.

Offering a variety of gifts for men, women and children, North Standard Trading Post usually has great Boxing Day deals on fun and unique items you can’t find anywhere else. Does the man in your life need a good moustache wax? Well look no further! What about a sweet bear patch? Bam! Check it off the list! From cool hats to beard oil and everything in between, it’s almost hard to believe such a small store could host so much cool stuff!

When the malls get insane, the Fashion District’s boutique and designer shops get far less so. Many shops in the Fashion District put on Boxing Day sales with great discounts, but aren’t plagued by monstrous lineups and unbearable crowds. Better yet, you’ll be supporting local businesses. Wear comfy shoes to navigate the neighbourhood as quickly and painlessly as possible.

Why use your legs and go to a physical store when you can sit at home and order some goodies from the comfort of your couch? Go to Best Buy’s online store to take advantage of their weeklong Boxing Day sales and sign up for the newsletter to get a head’s up on great deals (and frees shipping) coming your way.

Amazon is one of the best online stores that not only sells pretty much everything, it puts on some major Boxing Day deals – all without dealing with screaming, shoving crowds. You can pick up the items from your Christmas list that no one bothered to get for you, like this can of unicorn meat and this yodelling pickle. You can shop in your skivvies and have the goods delivered to your door in a day or two.

The Toronto rental market situation gets even uglier

When John Mercer said that the demand for rental housing in Toronto is outpacing demand, …

In Toronto apartments, storage is a rare find. Problem is, in our small spaces, adding … 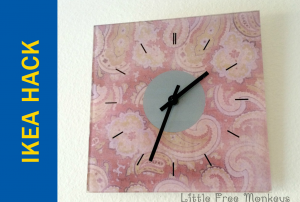 Toronto is, arguably, a great place to live with Sparky, Spot, Fido or Princess. But …