Rice and beans isn’t a dish we tend to crave when we think of food, but in Latin America, it’s a dish that’s been perfected over centuries into a work of art. Or, if ceviche, empanadas, pulled pork sandwiches, and crispy chorizo tacos are more your thing, Toronto’s got that, too. Here are seven Cuban and Latin American restaurants in Toronto that are doing food right.

With a weird, multiculoured interior, super friendly staff and good food, Julie’s is a hidden gem of Cuban food in Little Portugal, with excellent ceviche, aromatic rice and beans, tender fried steaks, and great cocktails from mojitos to margaritas.

Taco lovers of Leslieville line up at Completo for takeout lunch, though they’re better known as a sandwich joint. Either way, the food is unreal. Steak, eggs, chorizo, empanadas… it’s all good.

Renowned as a brunch spot that serves up something different than just eggs benny, La Cubana will stuff you full of rice and beans, steak, sandwiches and conch fritters. It’s small, overcrowded and hectic, but fun if you’re into that. La Cubana has two locations, one on Roncesvalles and another on Ossington.

More Latin American than just Cuban, Bloom in Bloor West Village is a family-run restaurant that puts on live music and dance shows in the evenings. They have a varied menu that’s a bit on the pricey side, but the flavours make it worthwhile.

Mambo is only open for dinner and they do dinner well. With a colourful back patio and the occasional live music, Mambo on the Danforth is a good late night spot for Cuban eats. They do a prix-fixe menu, plus tapas, sandwiches and cocktails.

Out in Etobicoke, Havana Style is a massively popular Cuban restaurant, with a killer paella and great Cuban sandwiches. They have live music and dancing in the evenings, plus awesome mojitos and other cocktails.

Hidden away in Koreatown, Ave Maria Latin Cafe is hidden to say the least. Part cafe, part restaurant, part grocery store, it’s a busy, unpretentious spot with Colombian-style food that blows the minds of almost anyone who stops in. The empanadas, tamales and ceviche are a favourite, but the coffee might be the best thing on the menu. 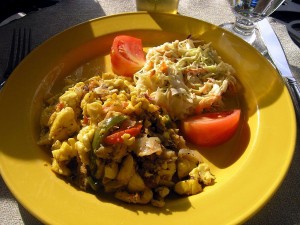 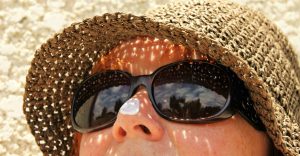 With the summer in full swing, we’re getting some fantastic days to spend time outside. … 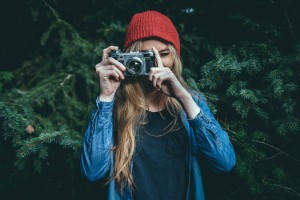