When you first start hooking up with someone, is it super hard to sleep?

It’s not an uncommon phenomenon. Most of us get used to sleeping alone while we’re single, so getting rest during “sleepovers” can be really tough, and can leave you feeling grumpy in the morning.

Don’t resent the one who fills your sexual needs. Get the sleep you deserve after doing the deed. Here are 4 ways to do so:

If one of you is always stealing the sheets, or is too cold or too hot, one easy solution here is to simply have two different comforters on the bed. By allowing both of you to control the sheets on top of you without disturbing the other, you allow your bed to be much more comfortable and accommodating than it would otherwise be! It’s great to know that the sheets won’t ever get stolen either, unless your partner is an egregious sheet-thief.

If one of you (or both!) thrash around during the night, having two beds instead of one may be a great solution. While it’s often a joke (honey, can we push the beds together tonight?) the fact remains that everyone sleeps a little differently and we can’t all be polite while we’re dreaming. Sometimes the best solution is one that is the simplest, even if it seems a little silly.

One of you is a night owl who wants to stay up a while and watch TV while the other wants to get to bed around 10pm. That’s fine, because that’s why headphones and laptops were invented! Just because your partner wants to sleep early doesn’t mean you can’t be quiet, motionless, and watch your Netflix with headphones in. Just try your best not to disrupt your partner.

The corollary to the above, one of you loves getting up earlier than the other. An easy fix here is just to pack away your clothes and essentials to another room the night before, so you can quietly get up and out of bed and get ready for the day in a space that’s totally separate from the bedroom. Bonus points here for being allowed to be a bit louder than you normally would be! 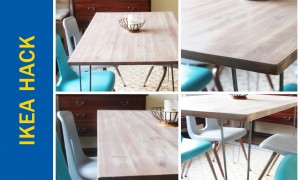 Awesome Ikea Hack of the Week: An apartment-sized dining table 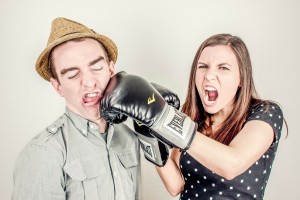 3 challenging roommate types and how to deal with them

You never truly know someone until you live with them. Social masks fall away in … 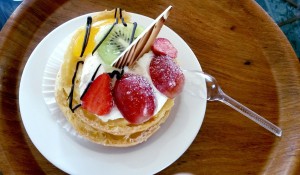 Haute cuisine and croissants: Just a few of the best French restaurants in Toronto

When it comes to the finest cuisines in the world, French is always among the …

Renting 101: What To Look For When Apartment Hunting

Finding a new place to live in is a competitive hunt. You have to …