An architectural group from Europe has plans to design a bizarre looking apartment complex in TO’s King West neighbourhood. It looks like a collection of vertical, staggered concrete blocks, or like it’s completely pixelated.

The Globe and Mail reported on the wacky design on Feb. 23, calling it a ziggurat.

Ziggurats (/ˈzɪɡəræt/ ZIG-ər-at; Akkadian ziqqurat, D-stem of zaqāru “to build on a raised area”) were massive structures built in the ancient Mesopotamian valley and western Iranian plateau, having the form of a terraced step pyramid of successively receding stories or levels.

The plan so far is to build up to 17 storeys, 725,000 square feet and 500 apartment units, according to the developers, Westbank and Allied REIT.

The Globe quoted the architect, Bjarke Ingels, as saying that the building type “that has dominated Toronto development over the last decades is the tower and podium. What we’re trying to do is retain the street wall at a level familiar to King Street, and then have the peaks step back from there.”

The idea is that the columns of apartments would be angled at 45 degrees, giving the residents more privacy from their neighbours.

The design got praise from an urban designer and planner who’s working on the project, saying the style of living being proposed by the project is more aligned with how people today want to live.

There’s no doubt that Toronto needs more apartment stock, especially in the downtown core. But the design of the project, while unique, is vastly different from what the city has seen before and could garner some harsh criticism from Torontonians and from city council.

What do you think of the design? 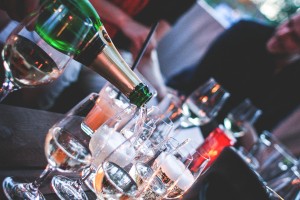 One of the city’s favourite events is just around the corner. Here’s what to expect …

Hey, Check This Out: TIFF Next Wave Film Festival

This weekend, there’s a film festival going on at TIFF that may be of particular interest … 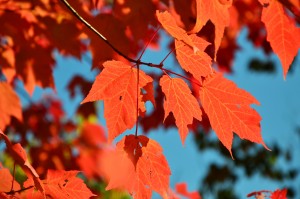 Use this new dating app to save Americans from Trump 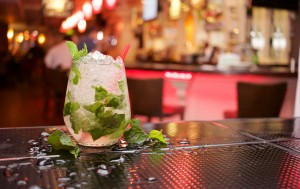 The 5 best bars/pubs to catch live music in Toronto

In Toronto, we’re totally spoiled by world-class music from almost any genre. And what’s better …